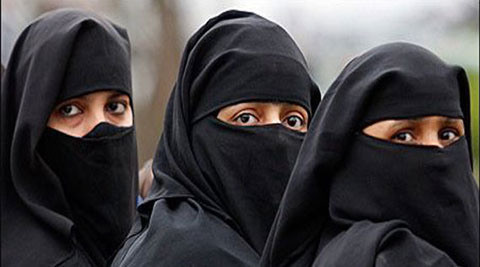 In the eighth month of marriage, Sehnaz(23) received a two line message from her husband who has gone to Dubai after one month of wedding and the communication brought none of the happy news she was expecting. The message on the mobile informing her that he had a new job and a new wife, ended in a short, `talaq, talaq, talaq’. For Sehnaz, the trauma was unexpected & unbearable. It is the sort of thing you never imagine that it will happen to you. When it does, the pain and the social implications are mind paralysing, she said.

Similarly, Reshma did not even hear her husband utter any words about talaq.She told: One day, suddenly, he told me he had given me talaq. He said:‘I gave it to you one weeks earlier.’

For some time now, the Clerics had also started recognizing instant divorces where the word “talaq” had been texted or emailed. For hundreds of years,Muslim men in India could divorce their wives by repeating the word “talaq” three times.

On Tuesday, the Supreme Court declared the practice of triple talaq unconstitutional. It is a huge victory for Muslim women suffering discrimination. The case against instant triple talaq started with a petition filed by Shayara Bano in 2016, after her 15-year marriage ended in 2015 with a talaq sent by telegram.

India is home to 172 million Muslims being 14 percent of the total population, making it one of the largest Muslim countries in the world. A national survey conducted in 2015 found that roughly 1 in 11 Muslim women were survivors of triple talaq, the vast majority receiving no alimony or compensation.

It would be a great challenge to implement the verdict and implementation of it is a great challenge and  there are so many issues involved in it which will come to the fore in future. Rightly, there were some voices in the country that wanted to bring in a uniform civil code for all religious faiths.

However, the verdict sets the path for granting a dignified life to the Muslim women with a strong sense of security shielded by the recent judgment. It can be said that the judgment has opened a new chapter in the lives of Muslim women of India and will help illiterate women who are constantly under pressure and live in the fear of being given talaq.

Rajinder Sharma is in legal profession for the last 23 years based at Chandigarh (India). With an entrepreneurial bent of mind, he loves to explore new and innovative technology solutions in the field of law. He has also founded yessettle.com, an online dispute resolution platform